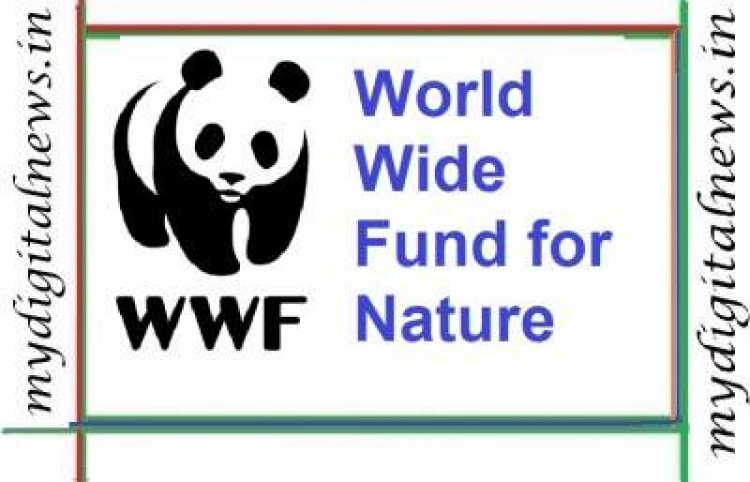 is an international non-governmental organization founded in 1961 that works in the field of wilderness preservation and the reduction of human impact on the environment? It was formerly named the World Wildlife Fund, which remains its official name in Canada and the United States.

WWF is the world's largest conservation organization, with over five million supporters worldwide, working in more than 100 countries and supporting around 3,000 conservation and environmental projects. They have invested over $1 billion in more than 12,000 conservation initiatives since 1995. WWF is a foundation with 55% of funding from individuals and bequests, 19% from government sources (such as the World Bank, DFID, and USAID) and 8% from corporations in 2014.

"stop the degradation of the planet's natural environment and to build a future in which humans live in harmony with nature." The Living Planet Report has been published every two years by WWF since 1998; it is based on a Living Planet Index and ecological footprint calculation. In addition, WWF has launched several notable worldwide campaigns, including Earth Hour and Debt-for-Nature Swap, and its current work is organized around these six areas: food, climate, freshwater, wildlife, forests, and oceans.

WWF received criticism for its alleged corporate ties and has been reprimanded for supporting eco-guards that hounded African forest dwellers in the proposed Messok Dja national park in the Republic of the Congo.

The idea for a fund

on behalf of endangered animals was officially proposed by Victor Stolen to Sir Julian Huxley in response to articles he published in the British newspaper The Observer. This proposal led Huxley to put Stolen in contact with Edward Max Nicholson, a person who had had thirty years of experience of linking progressive intellectuals with big business interests through the Political and Economic Planning think tank. Nicholson thought up the name of the organization and the original panda logo was designed by Sir Peter Scott. WWF was conceived on 29 April 1961, under the name of World Wildlife Fund. Its first office was opened on 11 September in IUCN's headquarters at Morges, Switzerland.

The WWF was conceived to act as an international fundraising organisation to support the work of existing conservation groups, primarily the International Union for the Conservation of Nature. Its establishment was marked with the signing of the "Morges Manifesto", the founding document that sets out the fund's commitment to assisting worthy organizations struggling to save the world's wildlife.

They need above all money,

They need above all money, to carry out mercy missions and to meet conservation emergencies by buying land where wildlife treasures are threatened, and in many other ways. Money, for example, to pay guardians of wildlife refuges .... Money for education and propaganda among those who would care and help if only they understood. Money to send out experts to danger spots and to train more local wardens and helpers in Africa and elsewhere. Money to maintain a sort of 'war room' at the international headquarters of conservation, showing where the danger spots are and making it possible to ensure that their needs are met before it is too late.

In 1970, along with Duke of Edinburgh and a few associates, Prince Bernhard established the WWF's financial endowment 1001: A Nature Trust to handle the WWF's administration and fundraising. 1001 members each contributed $10,000 to the trust. Prince Bernhard resigned his post after being involved in the Lockheed Bribery Scandal.

WWF's giant panda logo originated from a panda named Chi Chi that had been transferred from Beijing Zoo to London Zoo in 1958, three years before WWF became established. Being famous as the only panda residing in the Western world at that time, her uniquely recognisable physical features and status as an endangered species were seen as ideal to serve the organization's need for a strong recognisable symbol that would overcome all language barriers. The organization also needed an animal that would have an impact in black and white printing.

The logo was then designed by Sir Peter Scott from preliminary sketches by Gerald Watterson, a Scottish naturalist. The panda logo was slightly simplified and made more geometric in 1978, and was revised significantly again in 1986, at the time that the organization changed its name, with the new version featuring solid black shapes for eyes. In 2000 a change was made to the font used for the initials "WWF" in the logo.