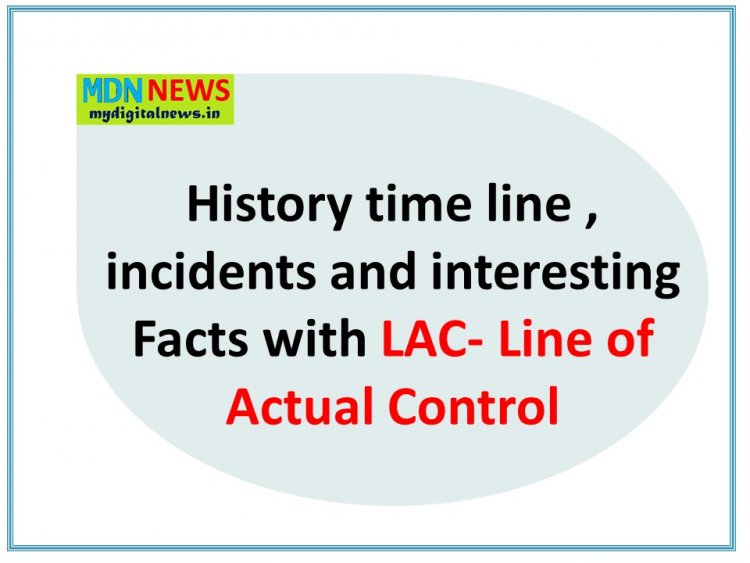 These claims are not included in the "actual control". The LAC is generally divided into three sectors: the western sector between Ladakh on the Indian side and the Tibet and Xinjiang autonomous regions on the Chinese side.

This sector generally follows the McMahon Line. The term "line of actual control" originally referred only to the boundary in the western sector after the 1962 Sino-Indian War, but during the 1990s came to refer to the entire de facto border.

Negotiations regarding the inclusion of passes

In December 1953, the Sino–India conference on Tibetan trade and intercourse started. During the negotiations related to which passes to include, Indian diplomats were successful in the inclusion of only six names. India tried putting forward other names, but did not push China and backed away after China showed resistance.  The Chinese also objected to the mention of Demchok as one of the passes.

According to Claude Arpi (formatted into a list for clarity),

The passes/routes mentioned by Delhi were:

Clarification of the LAC

In article 10 of the 1996 border agreement, both sides agreed to the exchange of maps to help clarify the alignment of the LAC. It was only in 2001 when the first in-depth discussion would take place with regard to the central/middle sectors.  Maps of Sikkim were exchanged, resulting in the "Memorandum on Expanding Border Trade". However, the process of exchange of maps soon collapsed in 2002–2003 when other sectors were brought up.

Shivshankar Menon writes that a drawback of the process of exchanging maps as a starting point to clarify the LAC was that it gave both sides an "incentive to exaggerate their claims of where the LAC lay".

On 30 July 2020, the Chinese Ambassador to India stated that China was not in favour of clarifying the LAC anymore as it would create new disputes. Similar viewpoints have been aired in India that China will keep the boundary dispute alive for as long as it can be used against India.  On the other hand, there have been voices that say that clarifying the LAC would be beneficial for both countries.